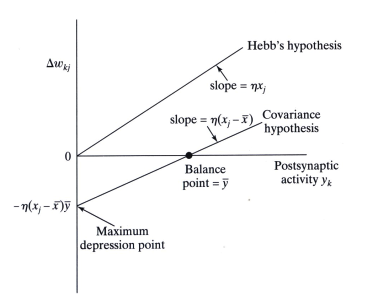 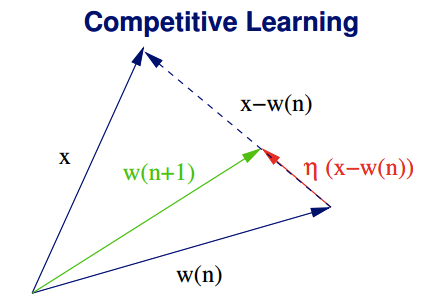 Assign credit or blame for overall outcome to individual decisions.

learning with a teacher

learning without a teacher

Goal is optimize the cumulative cost of actions.
In many cases, learning is under delayed reinforcement.

Based on task-independent measure

Mapping between input pattern and a prescribled number of classes.

Control a plant, adjust plant input u so that the output of the plant y tracks the reference signal d.

Neural network realization of the function: or

The first term is intrinsic error; second reduces to 0; we are interested in the third term.

Shattering: a dichotomy of a set S is a partition of S into two disjoint subsets.

A set of instances S is shattered by a function class if and only if for every dichotomy of S there exists some function in consistent with this dichotomy.

The VC dimension is the size of the largest finite subset shattered by that function.

If is a set of lines,

Copyright claim: TAMU Neural Network 2 Learning Processes is created by melonskin on 2017/01/26. Its copyright belongs to the author. Commercial usage must be authorized by the author. The source should be included for non-commercial purposes.
Link to the article: https://amelon.org/2017/01/26/neuralNetwork-TAMU-02.html