Key goals of F1’s design are as below. These goals are mutually exclusive, but F1 achieved them with trade-offs and sacrifices.

To hide the high latency brought by the design, some techniques are developed: 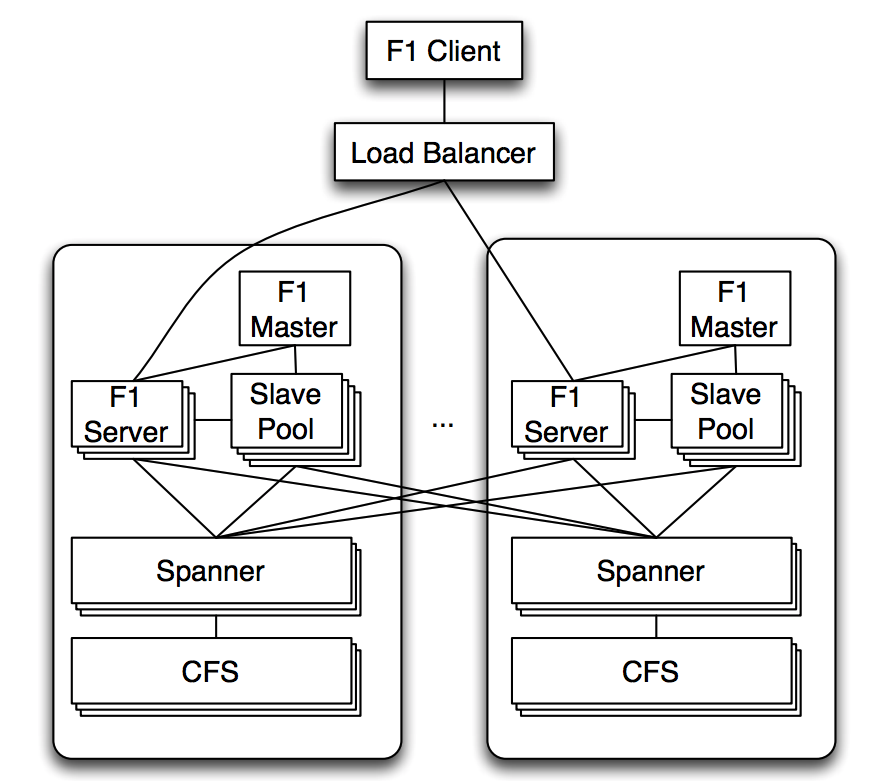 With this architecture, throughput can be scaled up by adding more Spanner servers, F1 servers or F1 slaves. Since the servers are widely distributed, the commit latencies are relatively high (50 - 150 ms).

Check out this note.

AdWords system requires F1 to be highly available; schema changes should not lead to downtime or table locking.

F1 chooses to do schema changes asynchronously. Servers may update the database using different schema. Note: Why not using Spanner style? Assign a future timestamp to the change. Maybe because it will block some transactions requiring the new change.

Problem: If two F1 servers update the database with different schemas (not compatible), it will lead to anomalies like data corruption.

Example of data corruption: A schema change from schema S1 to S2, adding a new index I on table T.

Algorithm to prevent such anomalies:

The example can be divided as:

Full details are in this paper (Online, asynchronous schema change in F1).

Some key properties of the query processing system: 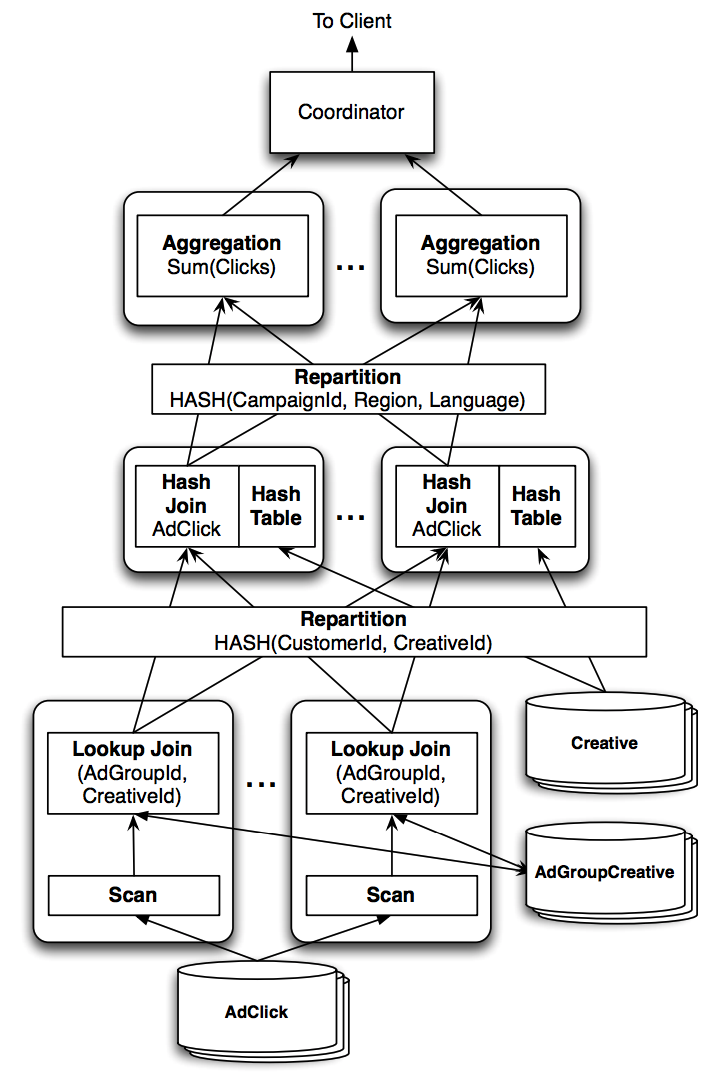 A distributed query plan may consist of tens of plan parts, forming a directed acyclic graph. The data flows up from the leaves to a single root node (query coordinator). Query coordinator is the server which received the initial request; it plans the execution and processes results to return to the client.

Co-partitioning of the stored data is helpful to push down large amount of query processing to nodes hosting the partitions. F1 cannot utilize this since all data are remote and Spanner does random partitioning. To allow efficient processing, F1 re-partitions data (hash partition). It requires heavy network traffic and hence limits the size of F1 cluster due to the network switch hardware. However, both are not causing problems.

F1 operators execute in memory without checkpointing, stream results as much as possible. Therefore, a single server failure will fail entire query.

Child table entries are interleaved in the parent table; thus a single Spanner request can work to join a parent table with its child table. Cluster join (like merge join) is efficient, which buffers one parent entry and one child entry.

Copyright claim: Read "F1, a distributed SQL database that scales" is created by melonskin on 2019/08/05. Its copyright belongs to the author. Commercial usage must be authorized by the author. The source should be included for non-commercial purposes.
Link to the article: https://amelon.org/2019/08/05/f1-paper.html